Skip to content
Though the concept of ‘Bollywood Industry’ came into the picture somewhere around the 1970s, it wasn’t until the early 2000s that it started creating its own distinct identity in other countries. Considering this situation, it isn’t surprising that until a couple of decades ago, the concept of Bollywood dance was unknown to most of the [...]
What makes Bollywood dance form the talk of the town is the eclectic mix of various steps! Bollywood dance classes all over the world struggle to keep up with the various forms and styles of Bollywood dance as they try to teach the students the best steps to match the filmy tunes. Unlike the popular [...] 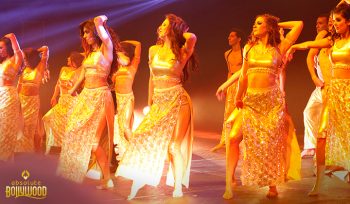 Glamorous, fun, energetic, and vibrant - Bollywood Hen Parties are perfect to enjoy a wonderful day with your girlfriends before your wedding day! In a typical Bollywood-themed Hen Party,the participants are provided Indian costumes and accessories so that all the girls dress up in Bollywood style and learn entertaining Bollywood dance moves from the films. [...]
“Thoda senti sa hoke, thoda mental sa hoke... saare, saare... let’s nacho!” screams Siddharth Malhotra, grooving to the beats of the hit song ‘Let’s Nacho’ from the movie Kapoor & Sons. The song, a typical party anthem comprising of peppy beats, crazy lyrics, and rap, set fire to the dance floor immediately after its release [...]
As part of the Indy Book Show, author of the Bollywood Series books Puneet Bhandal was interviewed at the BAR (Brent Artists Resource) Gallery in Willesden Green- and Absolute Bollywood were of course on hand to perform!  It was a fantastic day and we were happy to be part of the event. Previously a writer [...]
Absolute Bollywood were lucky enough to be asked to teach a workshop as part of Heart and Soul's Bollywood themed week at The Albany in Deptford, south London.  Heart and Soul are a great creative arts organisation that bring art, music and culture to those with learning disabilities to make them accessible and enjoyable for [...]
The London Mela is Europe's biggest outdoor South Asian festival, and this year Absolute Bollywood were thrilled to be invited to perform!  We were personally invited to dance on the Main Stage with the Raas Masters, who are a UK collaboration of music producers and Indian singers led by Jkeys and Harish Patel.  Of course [...]

On Saturday night we were asked to perform at a private birthday party in Slough, Middle sex. The venue was beautifully decorated, the food amazing and there was even a fireworks display! The birthday boy (or man!) had a great night, as did all of the guests in attendance. As it was a family celebration, […]

To help get in the mood for the upcoming Navratri celebrations which this year fall between the 5th and 14th October 2013, Absolute Bollywood held a special workshop at Danceworks studio in London's Bond Street with the talented Urvashi teaching the one-off class! During the 1.5 hours, she managed to teach the three popular Navratri dance styles- [...]